When to go on Safari in Africa

what is you preferred season?

What is the best time of the year for a Safari in Africa?

Here is a destination & seasonal breakdown:

Wild animals can be seen all year round, but during the dry seasons -July to September, and December to February - they are most abundant and easier to spot. Here is a guide to help maximize your chances of seeing your big 5!

Kenya boasts one of the most agreeable climates in the world, averaging a comfortable 25-30 degrees Centigrade (77 – 86 degrees Fahrenheit) during the day. Most of the country experiences two rainy seasons over the year with the long rains during April and May, and the short rains in November. Even during the rains, however, the weather can be pleasant with rain typically occurring in the early morning and again later in the afternoon or evening.

Travelers shouldn’t forget that it can be relatively chilly both in the early morning and evening, so don’t forget to pack a sweater!

The southern game circuit is best experienced between July and November, and the hot and more humid coast and offshore islands between July and October. For those with a head for heights, the dry months of March and September are generally rated best for trekking on Mount Kilimanjaro and Meru, though both mountains can be climbed at any time of year.

The peak rainy season in Tanzania is April through June. Several lodges close during the rains and the coast and islands are best avoided.

Uganda can be visited at any time. Mountain hikes, gorilla trekking and other forest walks, however, are more challenging during the rains which generally peak over March to May and mid-September to November.

The annual movement of grazing herbivores across the Serengeti-Mara ecosystem is one of the greatest spectacles in the natural world. Originating on the short grass plains of the southeastern Tanzanian Serengeti, 1.5 million wildebeest, 200,000 zebra, 18,000 eland and 500,000 Thompson’s gazelle, begin their movement north in search of greener pastures.. don't miss it, start planning today

The wildebeest give birth between January and March on the short grass plains. Most wildebeest calves born in a short window around February. Gradually they spread west across these plains, then around April they start their great migration north.

As the wildebeest migrate through the domains of Africa's carnivorous beasts, predators gather… This is the time to see spectacular cheetah chases across the savanna, leopard kills on river banks and bush land, lion hunting at watering holes and salt licks!

By May the Serengeti's wildebeest all seem to be moving north, migrating to seek fresh grazing and water. New location: Moru Kopjes and west of Seronera is then hectic with a series of moving columns, often containing hundreds of thousands of animals. Some of the migration then head due north of Seronera, but most are usually further west.

Around June the wildebeest migration is often halted on the south side of the Grumeti River, which has some channels which block or slow their migration north. The wildebeest then congregate there, in the Western Corridor, often building up to a high density before crossing the river. The river here is normally a series of pools and channels, but it's not continuous – and so whilst they always represent an annual feast for the Grumeti River's large crocodiles.

In July and August the migration continues, through Grumeti Reserve and Ikorongo, and north through the heart of the Serengeti National Park. In August or September, the Mara River provides the migration with its most serious obstacle. This river gushes through the northern Serengeti from Kenya's adjacent Maasai Mara Game Reserve. Watching the frantic herds of the wildebeest migration crossing the Mara River can be very spectacular; there are often scenes of great panic and confusion. It's common to see herds cross the Mara River north on one day, and then back south just a few days later.

By October, the wildebeest herds are making the long journey back, all heading south, through western Loliondo and the Serengeti National Park's Lobo area, returning to the green shoots which follow the rains on the short-grass plains of the southern Serengeti in October – November. A little after the herds of wildebeest, and alongside them zebra and the many varied species of antelope and gazelle begin migration towards these short-grass plains south and east of Seronera, around Ndutu and include the north of the Ngorongoro Conservation Area - OFFER.

It is the crossing of the Grumeti and further north, the Mara river which provide the most thrilling spectacles of all, as the migration is rarely ever the same in terms of precise timing and direction, as local conditions influence grass growth. The wildebeest may therefore move off the open plains earlier in some years and remain in the northern woodlands for longer in others. No one safari is ever the same!.. Don’t think pictures can tell this story for you, create your own safari memories now..

Fresh off the press : JUST released

* please ask if your would like to bespoke this itinerary and head to Ndutu Conservation Area, this is the starting point late January to Early February is the best time of the year to this location.

Here is your rough guide of high & low seasons

Lastly, don't forget who we are. We have been in Africa, all our lives. We have lived and experienced each changeable season in Africa on this ever changing planet. Let us exercise our expertise & experience and design your beautiful African safari 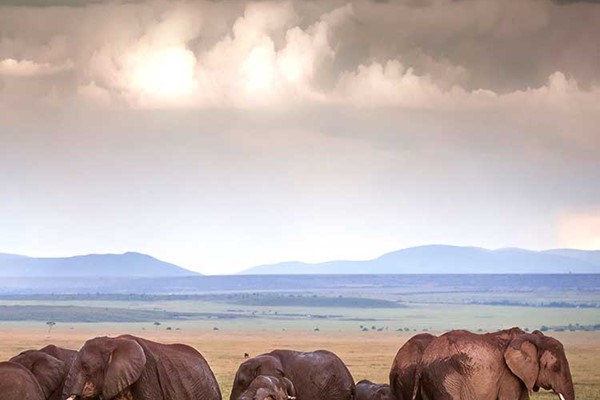 March to May - This time of the year the rains sweep into the coast, and it is the season we recommend for your Tanzania safari circuit. A muddy time of the year and the sweet tender smell of equatorial rain fills the air 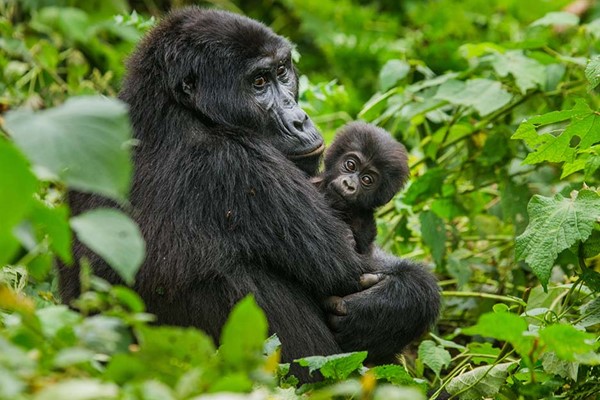 June to August - The first of the dry seasons. Southern Maasai Mara bubbling with activity awaiting the migrating herbivores as they continue to migrate north.. and with the slopes of Bwindi Impenetrable forest and The Virungas drying up, the best time for your gorilla adventure 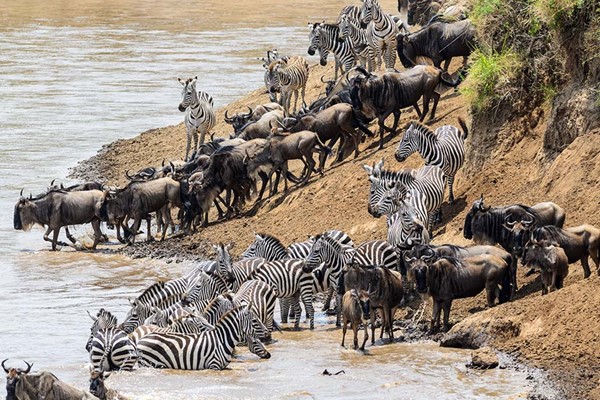 September to November - Best time for the bush & beach safari. Starting with The Great Migration as it meets the Mara river.. and dry fresh and cool months with lowest risk of malaria when heading out to the African cost, beach paradise awaits your arrival 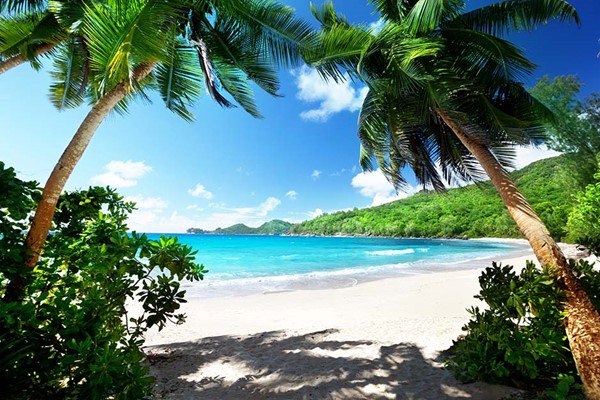 December to February - Best time of the year to plan your mountain climb, mount Kilimanjaro awaits. Best time for a large group or family safari, with dryer conditions , we recommend the southern Tanzania circuit as well as northern reaches of Maasai Mara and bird safari